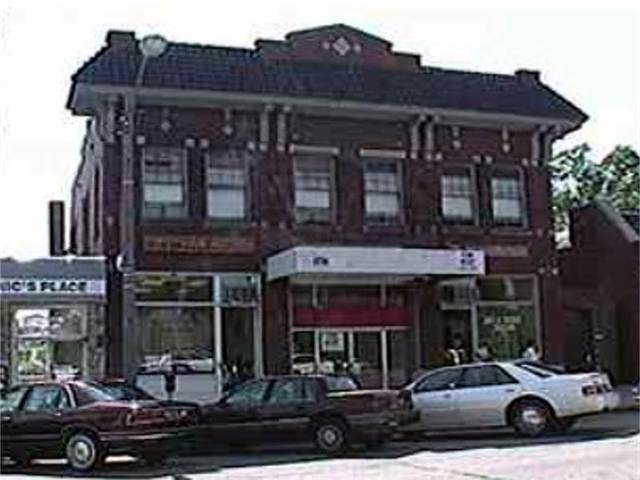 Located in the Brookline district to the south of Pittsburgh. The Brookline Theatre was opened March 28, 1921. From 1938 it was operated by Warner Bros. Circuit Management Corp.m but was listed as (Closed) in 1941 and 1943. It had reopened by 1950. It was used as a Warner Bros. warehouse for several years. By 1983 it was being used as a Salvation Army Thrift Shop. The present owners are listed as Matador Run LLC and LG Investments LLC. It is now the Brookline Bar.

Opened 28 March 1921 on land occupied the German Beneficial Union, fire 7 April 1933 only minor damage, leased to Warner Brothers from 1938 but bought in 1947. Appears to have been in use as a screening room and distribution centre from 1939, shortly after the nearby Boulevard Theatre opened. Sold 1971, later occupied by Salvation Army and an office for a former State Representative. Conversion to pub revealed a decorative mural underneath soundproofing material.