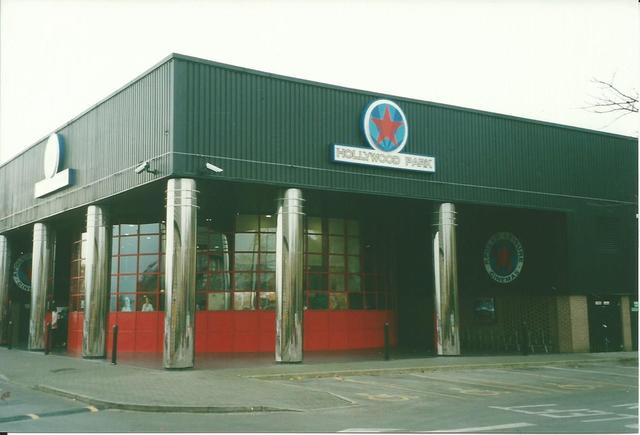 The 9-screen Apollo Cinema was opened on 30th May 1997. It was a conversion of a former DIY(Do It Yourself) store. Total seating capacity was for 1,632 in the screens from 356, down to 60. The cinema has a licenced bar.

It was taken over by the Reel Cinemas chain in January 2013. It was refurbished in 2017 and the seating capacity was reduces to 1,090.

In January 2017 Reel began a major transformation of this former Apollo cinema. Screenings continued while the whole cinema was given a superb upgrade, with all nine screens being gutted and refitted with premier seating, with more leg room, and new carpets. Two of the auditoriums have been converted into VIP and a Premier Lounges.

There is also an upgraded foyer with revamped food and drink concessions including a new licensed bar. The attractively designed foyer includes digital screens showcasing the latest film times, trailers and cinema offers, and a comfortable seating area.

The ‘grand unveiling’ was held on Thursday 21st September 2017, in the presence of the Major of Burnley, Cllr Howard Baker, and MP Jack Straw, when invited guests enjoyed a screening of “Kingsman: The Golden Circle”, starring Taron Egerton and Colin Firth.

I visited on 23rd October 2017. Deciding to treat myself, I saw “Geostorm”, starring Gerard Butler, in the VIP Lounge. Tickets cost £17.50 (or £30 for two), as opposed to £6.00 in the ‘standard’ screens, so I was a little surprised when nine other patrons joined me for this Monday afternoon screening. However, in addition to the extreme luxury, with electrically operated seats with extendable foot rests, the supply of ‘freebies’ perhaps explained this in part: I was offered a choice of popcorn or nachos, I was handed a ‘goody bag’ containing chocolate bars and a small bottle of water, a glass of orange juice or Prosecco was offered as I entered the auditorium and I was given a bottle of Budweiser as the show began. Then, halfway through the film, we were given our choice of a Galaxy ice cream bar!

My congratulations on Reel on a superb refurbishment.

The address for this cinema according to its website is Hollywood Park, Centenary Way, Burnley, BB11 2EJ although it does indeed face the Manchester Road and pretty easy to spot.