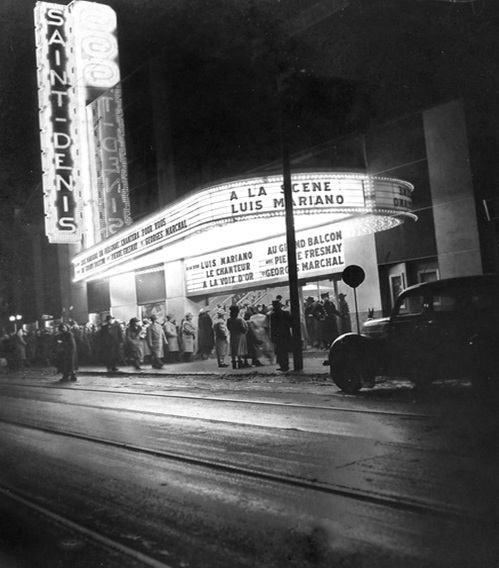 The Theatre St.Denis opened March 4, 1916 with Orrin Johnson in “Satan Sanderson”. It was designed by the Montreal architectural firm Barrott, Blackader & Webster (Ernest Barrott, Gordon Home Blackader, Daniel T. Webster). The facade and entrance were in a Greek Revival style in the form of a Temple, whilst the interior and auditorium were in an Adam Style. It was equipped with a Wurlitzer Hope-Jones organ (removed by 1960). Seating was provided for 2,380 in orchestra and balcony levels. By 1935, the facade and marquee had been given a modern Art Deco style facelift (today modernised further)

This theatre is now used for live performances. There are two auditoriums, the original now seats 2,218 and an adjacent auditorium has seating for 933.

Lost Memory, The grand opening ad is at View link

This is owned by France-Film, which sold all other theatres to Cineplex Odeon in 1984. In 1970 an second cinema was attached to the side called Pierrot and in 1972 the third cinema called Chevalier was added. In 1987 it became the St. Denis 3 and in the early 1990’s switched to live performances only. France-Film and Cineplex Odeon built the Quartier Latin 17 on the right side of the St. Denis facing Emery St. It is the leading French-speaking cinema outside of Europe.

The July, 1916, issue of Canadian trade journal Construction featured a multi-page article about the Theatre St-Denis with more than a dozen photos, drawings, and plans. Read online at the Internet Archive, or choose another format from this page.

Grand opening ad from the Star 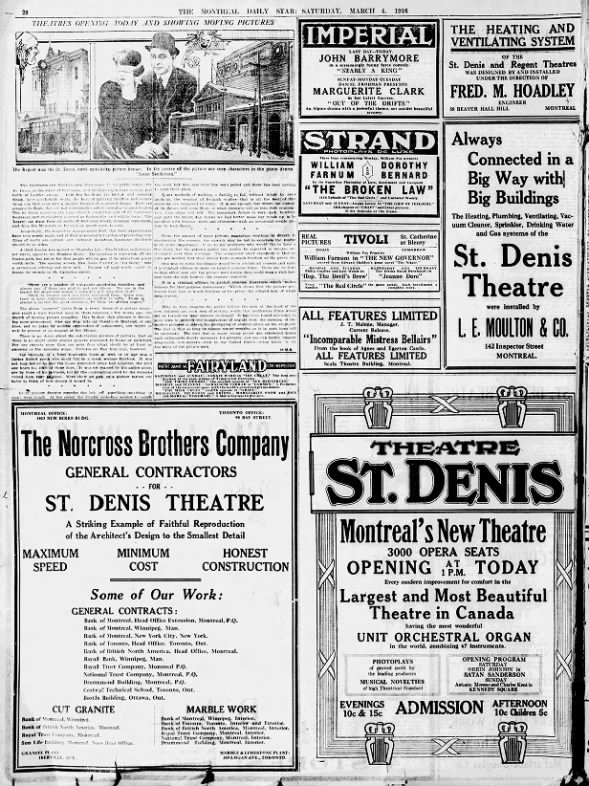