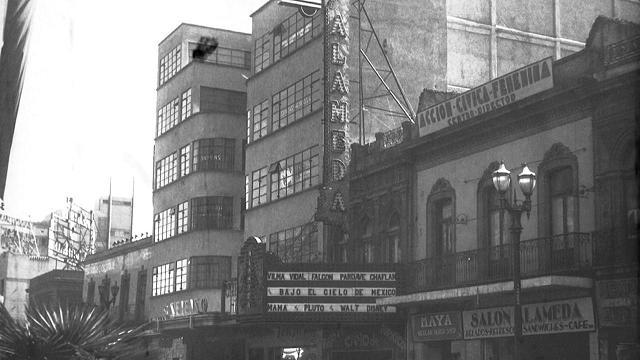 The Cine Alameda opened on 14 March 1936 and was designed by architects Jose Albarran and Carlos Crombe in an Atmospheric style. It was equipped with air conditioning.

The Cine Alameda had been closed for some time prior to 1970. The building was at this time in poor condition. It was demolished in 1985.