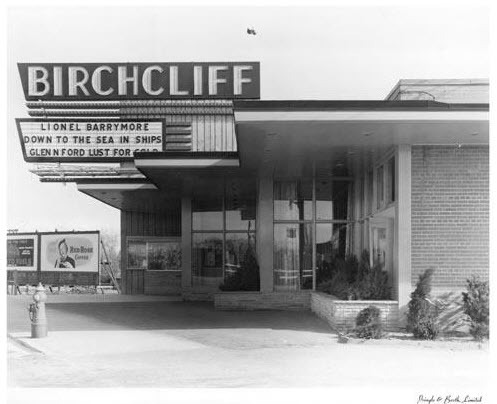 This theatre opened on November 3, 1949 with Bob Hope in “Sorrowful Jones” & Richard Denning in “Disaster”. It was operated by 20th Century Theatres and closed in 1974.

The theatre was built on the old foundation of the barns that once housed a type of streetcar known as a “radial car”, which ran along Kingston Road to West Hill.

The Birchcliff Theatre’s business declined following the advent of multi-theatre cinemas and it was demolished in 1977.

A Toronto Emergency Medical Service (EMS) ambulance dispatch building was then built on the site of the theatre – it remains as of this posting (July 2008).

This theatre was built and operated by Twentieth Century Theatres N. A. Taylor who was a Famous Players partner!