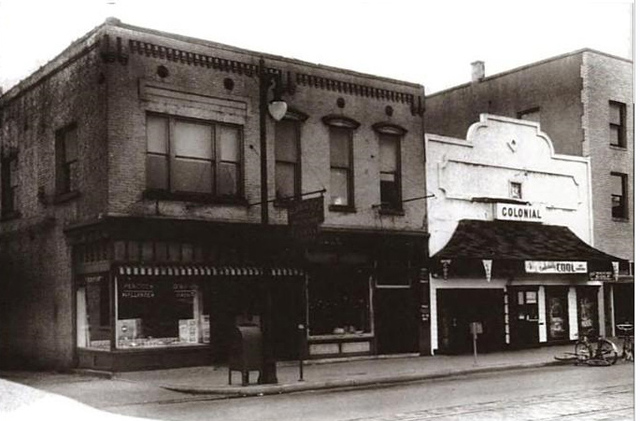 The previous Colonial Theatre had opened in 1909 as the Fairview Theatre, and was located on 103 E. Sycamore Street. In 1927, the building at 119 N. Buckeye Street was opened as the Colonial Theatre.

The Colonial Theatre remained in operation into the 1960’s. Today the building is home to law offices.

The former Colonial Theatre’s building is a substantial masonry structure, so I doubt that it was moved two blocks through Kokomo’s busy streets, as our description currently says. Most likely it was just the business that was moved to a new building.

Tom Hamilton says that the theater moved in 1927, and I’ve found the Colonial Theatre mentioned in The Moving Picture World as early as 1916, so at its second location the house never had the aka Fairview Theatre. It was the Colonial from the day it opened until closing in the 1960s.