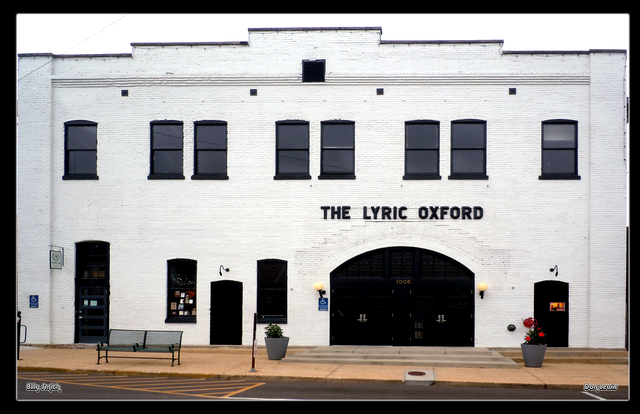 The Lyric Theater opened in 1913. After closing as a movie theater in the 1960s, the Lyric was used among other things as a dance studio and office space. In the Spring of 2008 the Lyric re-opened as the Lyric Oxford Theater, a live performance venue.