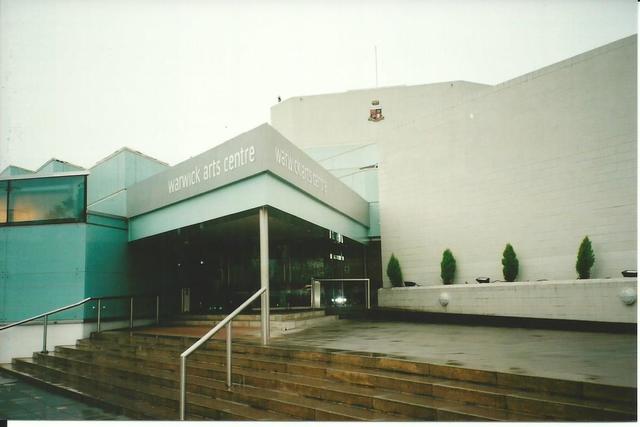 The Arts Cinema is located in the centre of the University of Warwick campus, and also includes a 1,540-seat concert hall, a 220-seat cinema, which was equipped with 70mm projectors, a 550-seat theatre and a 150-seat studio theatre. There is also a gallery and restaurant. It was opened in 1974.

Warwick Arts Centre is one of the largest of its type in the UK. It opened in 1974 and is situated on the University of Warwick campus. The complex includes a 220-seat cinema, the 550-seat Goose Nest theatre, the Butterworth Hall capable of holding up to 1540 in various permutations, the 150-seat Helen Martin Studio space and the Mead Gallery along with several conference rooms. The fare includes theatre, including NT live, comedy, dance, music and visual arts. At the moment film seems to be the staple diet with several being screened each week.

In October 2017 a £17 million three-year programme began to redevelop the Centre, which will include demolition of the cinema and Mead Gallery to create a new building consisting of three auditoria and gallery with a new restaurant, and improvements to foyer areas. The programme is most likely to be connected with the announcement that Coventry will be the City of Culture 2021.

The cinema was equipped for 70mm.