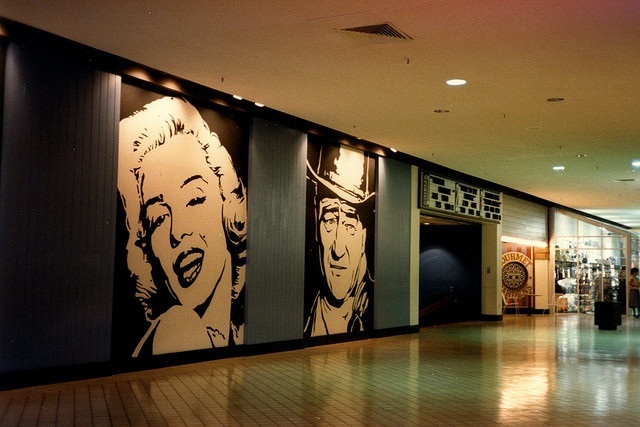 Located in the lower level of the Eastland Mall at the intersection of Central Avenue at Sharon Amity Road. The Eastland Mall Cinemas was part of the General Cinema chain that owned several theatres in the greater Charlotte area, which owned South Park Mall Cinemas and also at the time Charlottetown Cinemas. The GC Eastland Mall Cinemas I, II, III was Charlotte’s newest modern cinema, which opened on September 30, 1975. The opening attractions were Joe Don Baker in “Framed” in Screen 1, Maximilian Schell in “The Man in the Glass Booth” in Screen 2 and Marilyn Hassett in “The Other Side of the Mountain” in Screen 3. It was closed in March 2006.

On March 30, 2007, after a refurbishment by new operator, Red Carpet Cinemas, the Eastland Mall Cinemas reopened. In August 2008, the theater began to cut back its hours of operation and closed completely in late-October 2008. It was then used as a church in 2009-2010. It was demolished in April 2011.

What is the current status of this theatre?

The current status of this theatre is that it is demolished. Eastland Mall is now a faded memory in Charlotte history.

I have the original ads from its 1975 grand opening.

THEATER AND MALL BOTH GONE

The history is a bit off for GCC. I’ll also try to add a little more about the theatre’s end. The General Cinema Corporation owned & operated two (not three as implied in the history) theatres in Charlotte when Eastland opened, the Charlottetown Cinemas and the Southpark Cinemas. GCC would not operate a 4th theatre in the Charlotte area until Tower Place opened in Pineville in 1986. The Eastland Mall theatre was last used as a church, Renovatus, in 2009-10 (church left that space in June 2010). GCC closed the Eastland Theatre in 1996 (per Charlotte Observer, June 27, 2010, p8A of 1A article, “Why Eastland went from bustling to bust”, also the source for when the church left the theatre space).

This reopened as the Cinema Grill on May 12th, 2000 after it was closed by General Cinema in 1996. Another grand opening ad posted.

Last showtimes for the Cinema Grill appeared in the Observer on January 28th, 2001. 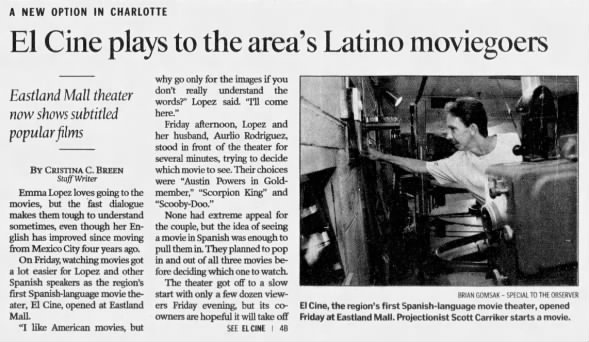 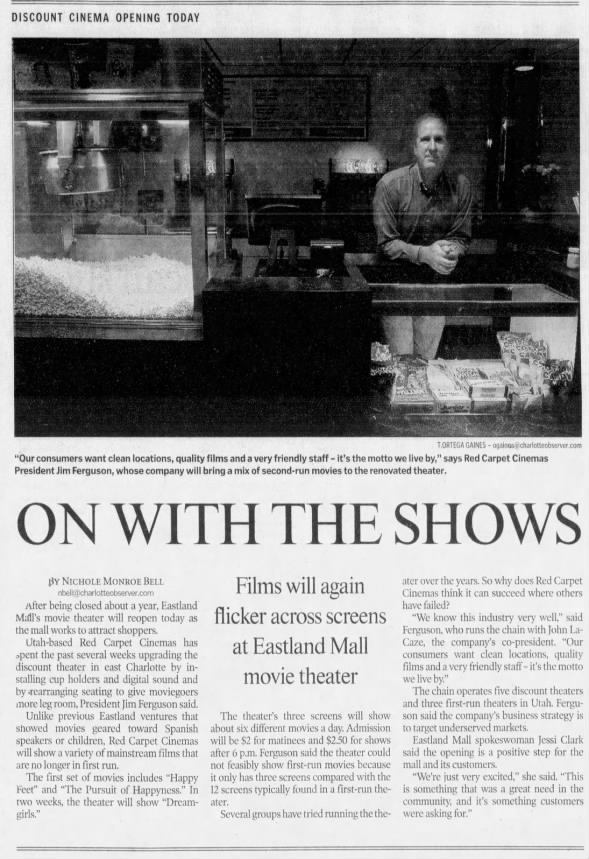