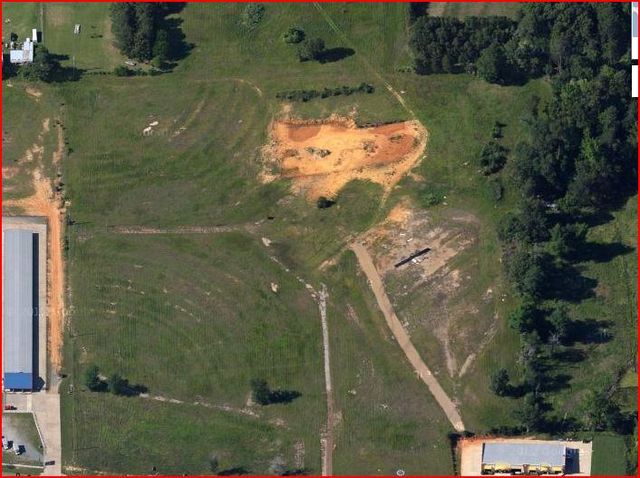 Joy’s Cinema City 6 was located west of Texarkana. Closing sometime in the late-1990’s, it was a second-run theater with $1 admission in it’s final days.

I grew up in Texarkana in the 80s and 90s and spent a lot of time at the Joy. Until they built Movies 8, the Joy was pretty much the only theater in Texarkana. I recall it had kind of a funky layout; 3 of the screens were in the front of the building. To get to the other three, you had to walk around a corner through a hall to the left of the snack bar. You almost wouldn’t know they were back there. It had a real charm; the snack bar was kind of small, and the bathrooms were really just for one person at a time, but it was more than adequate. One of my favorite parts was the arcade with all those classic standup games and all the neon lights. The Joy was nowhere near like the modern megaplexes today.

My first memory of the Joy was actually at the drive-in. My parents took me there to see The Toy with Richard Pryor, which must have been around 1980. I also saw Return of the Jedi, E.T., Ghostbusters, Back to the Future, and Temple of Doom there, which was my first PG-13 movie.

Like I said, when they built Movies 8 it really put the hurt on the Joy. Switching to the dollar format may have kept the theater alive, but it did decline. I went to college in the late 90s, and it closed somewhere in that time. Once when I was home, my brother and I drove out there to see the theater. Apparently there had been some kind of fire, though you could still get into the property. We walked around to the back where the old drive-in concession area was, and were able to get partially into the building. I recall there was projector film everywhere, and there was really just a lot of trash around. We wanted to go into the theater proper but didn’t out of fear of what we might find or the building collapsing on us. About 5 years ago I saw where they had demolished the building, though the old sign/marquee remained. I have pictures of it, and will post them here as soon as I can.

I know the drive-in screens still stood for a long time after the drive-in closed. They may still be there; I don’t know.

I have very fond memories of the Joy and am thankful I’ve had the chance to share them. Hopefully others will post.

I was born in texarkana in 1977, and from the time I was 15 years old I have had a passion for the theatre industry. I went from being a usher, to a projectionist, to a assistant mananager, to a general manager over joy cinema city 6, and 3 other theatres from texarkana to new orleans. At the time that movies inc owned these theatres, I met Mr. Joy Houck who started these and about 150 more theatres, he was my mentor, and still is.. Tina taught me alot about the projection booth, but mr. joy taught me the business. I am presently trying to reopen the old Cinemann triplex on hwy 59 which is still in negotation. I am striving to use my knowledge and passion to make this a wounderful establishment that our families can come to with good product and prices… Thomas C Fowler

I used to go to this movie theature all the time.. There were an few times Bo Bo the magician would come out and do an show before the movie..

I was sad to see it burn down..

TFolwer, not sure if ya will see this but I hope you do reopen the one on hwy 59.. You posted this about 2 yrs ago and I hope things are going well.. Last time I heard it was being re-done.. Keep us updated :)

Nothing remains of this Theatre nor the Joy Drive In Theatre. All was Demolished several years ago. Seen here is one of the Drive In Screens, covered in Vines. http://www.flickr.com/photos/racphotography/481942567/ .. NO Photos are to be posted on ANY other website, or any kind of publication Without MY Permission. No Exceptions! They are not to be “Lifted”, Borrowed, reprinted, or by any other means other than viewing here on Flickr. If you want to use a photo of mine for anything, please email First. I’ll assist you any way I can. Thank You for your understanding. ALL Photos are For Sale. RAC Photography

My friend and I visited the complex back in May of 1999. The back door of the drive in booth was open and we looked around. Vandals had pretty much destroyed what they could up stairs and downstairs in the main lobby/theater area. It was sickening to see this. So much so I didn’t even think of taking photos inside. As you can almost see, the Drive in screens had been disused for so long that pine trees had grown up in the lot and vines were growing across the screens. The projectors in part of the booth where there was room were turned over. Very sad end to a useful theater no doubt.

I went to movies there in 1980 and 1981. I’m not sure, but I don’t think it was a 6 screener then. I thought it was just 4 at that time, though I could be wrong. Movies were all first run stuff there at that time.