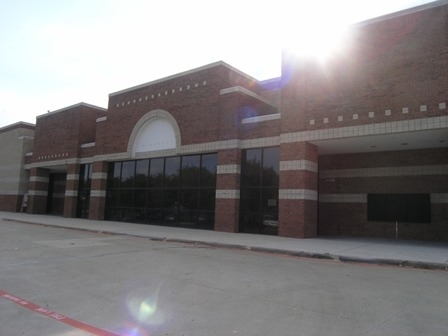 The Central Center 7 was opened on June 6, 1986. The former Central Park 7 closed around 1999. It was renovated in 2006 and is home to the Harbor Point Community Church.

Announced in February of 1985, AMC signed a lease to build a seven-screen theater in Plano at the northwest corner of North Central Expressway and Park Boulevard. The Central Center Shopping Center would house the AMC Central Center 7 which had been scheduled to open by Christmas 1985 as part of a 32-acre development. The project was delayed as portions of the development were sold but Talmadge Tinsley Co. finished the 32,260-square-foot AMC Central Center in late May of 1986 and the theater opened on June 6, 1986.

It had a mirrored lobby with neon and high ceilings to give the appearance of older theaters along with graphics on the walls and a circular box office to give that impression. It opened within a half mile of the 1981-launched Loews Chisholm and the two chains would have booking wars within the territory. The theater would change its name just months into its existence settling on the Central Park nameplate. It hosted many fundraisers, honored local athletes, and was a part of the Plano community even mores than its Loews neighbor. But when the multiplex era gave way to the Megaplex boom in the mid-1990s, it was only a matter of time until someone took out the AMC Central Park and Loews Chisholm.

That competition came in 1999 when Cinemark opened its 24-screen Legacy just north of the two multiplexes which opened at the end of June that year. Business turned quickly as audiences gravitated to the far-superior CInemark theater and within four months, AMC quietly shuttered the Central Park. The Chisholm by Loews would somehow soldier on for more than a year outliving the AMC Central Park. The theater was repurposed in 2006 as a church.