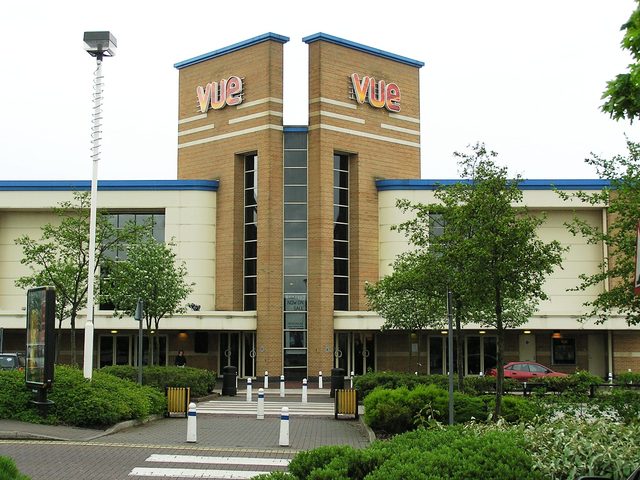 Located in the Meridian Leisure Park in Braunstone Town, a district close to Rowley Fields, to the outer southwest of the city. The 9-screen Warner Cinema opened on 12th July 1995 with the European Premiere of "Batman Forever" starring Val Kilmer, who also attended, along with other stars of the film.

Seating capacities in the screens range from 423, down to 158 and the architect was Ira B. Stiegler. It was the first multiplex in the UK to have the concept of a ‘movie set’ foyer. In 1996 it became the Warner Village Cinemas and in 2006 it was re-branded as Vue.