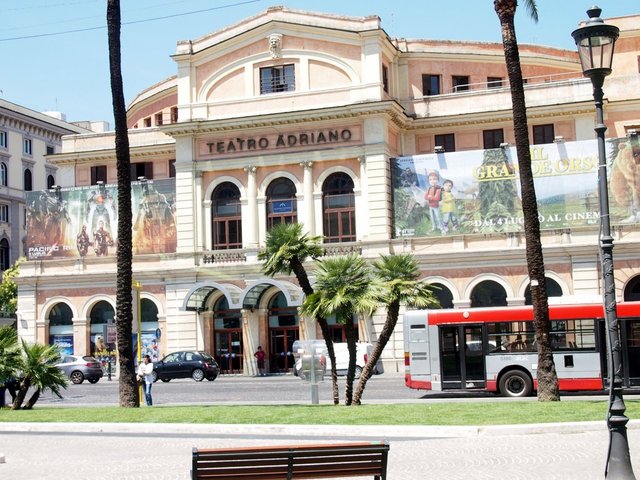 Located in Prati disctrict in the centre of Rome close to the Castel Sant' Angelo and the Vatican. I believe this was originally a former live theatre. The Cinema Adriano was the first Todd-A0 cinema to open in Europe. It opened on 14th February 1957.

I saw Regarding Henry here. A very large multi tiered old Italian music hall it seemed to me. Set up very much like a European opera house. The place was sold out and they were even selling standing room to the film.

Very sad to see it is a multiplex now. How I would have loved to have seen Todd AO here.

A feature article in the May 18, 1940 newspaper Il Messaggero discussed the planned conversion of the Adriano (under the new name of Adrianeo) into a hall for symphonic music, to replace the cavernous and now -defunct Augusteo, which had seen its last concert in 1936. It would have 2500 seats, a much smaller capacity than the Augusteo. The article suggested that the repetition of performances rather than one sole performance by an orchestra in the Augusteo, would be more advantageous for both the orchestras performing there and for audiences in attendance. “Adreaneo” as a name would parallel “Augusteo” of the previously used venue.