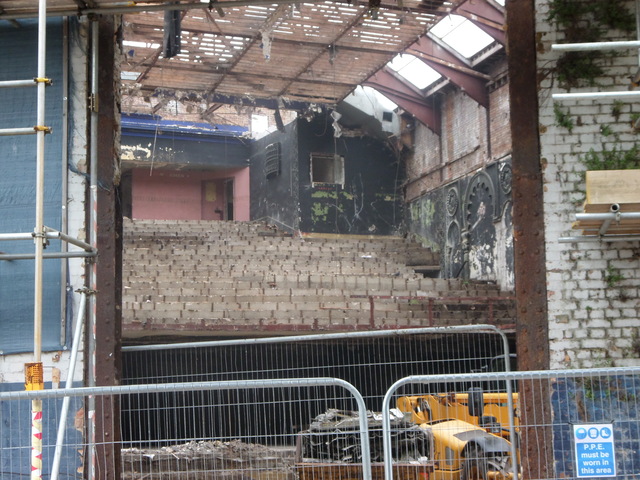 The Granada Theatre was the first cinema built for and operated the Granada Theatres chain of cinemas, opening on 8th January 1930 with a seating capacity of 1,717. The opening film was “The Last of Mrs Cheyney” starring Norma Shearer. The architect was Cecil Masey with Granada Theatres favoured interior designer Theodore Komisarjevsky responsible for the decorations, this theatre being his first full project.

The foyer was built in an 18th Century French style with marble staircase leading to the circle with chandeliers and Venetian mirrors. The auditorium had a Spanish Moorish theme and was very ornate. The Granada Theatre had a full working stage, a 35 feet wide proscenium and a Christie 3Manual 7Ranks organ with a lift in the orchestra pit. On 19th June 1935, Granada Theatres sold the cinema to the Associated British Cinemas(ABC) chain, but it was not renamed ABC until April 1960, and was forever known to local people as the Granada. The Christie organ was removed in 1960, being bought later by an organ enthusiast.

With the decline in film going in 1970 it was modernised into a ‘Luxury Lounge’ cinema using only the stalls area with 610 seats, closing off the circle, reopening on 6th July 1970. The ABC closed as a cinema on 30th October 1982 and was converted into ‘Images’ Night Club. This too has closed and in 2007 the building was bought by the Wetherspoon’s chain for conversion into a pub, but 12 months on in 2008, work had yet to start.

In August 2014, demolition had begun, by first removing the roof of the building. Demolition was completed on October 7, 2014.

Hi John It’s fantastic to hear from you. I don’t suppose you still have the mic’s? If you do would you be able to post some pictures of them

We still have all the equipment. It’s at my dad’s house. It will take a couple of weeks, but next time I see him, I will take my camera.Do you have any photographs of any performers using the mikes? John

Andy, have you tried talking to Eric Hart in Chart Road, Folkestone about the organ? He has the old organ from the Folkestone Savoy in his front room! As it says it was sold to an enthusiast, he may know who that was.

I may be wrong, but I did hear that Eric Hart passed away a few years ago and I am not sure of the fate of the ex Folkestone Savoy which Eric built into his home, i’ve not seen any ‘For Sale’ notices for that fine instrument unless other may know otherwise?

Sorry for the delay in reply, ritzman. You may well be right about Eric. I’m not sure the fate of the organ, but I believe he had the pipes built into an upstairs room, so I don’t know how easy it would be to remove from the house! Perhaps a local historian might have more information?

Latest photos taken in August, 2014 show demolition under way. Supposedly permission for roof only but the rest is sure to follow.

Why would you just take the roof off?

Answer to ritzman… the reason is Rates….. and removal of seats..