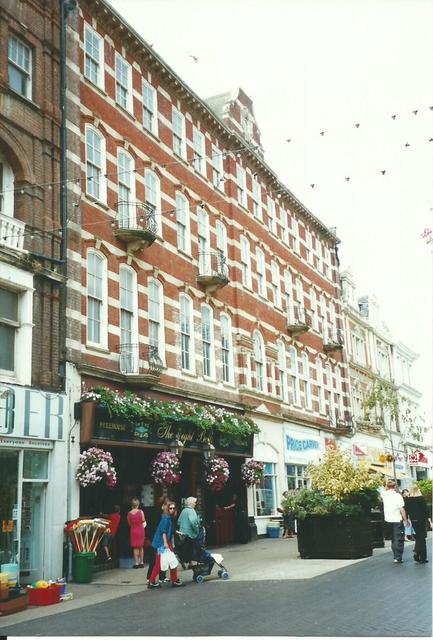 A conversion of a former bus garage, by architect A.H. Steele, for a private consortium and the Associated British Cinemas(ABC) chain. The main entrance was at 20 Cannon Street, through a narrow entrance which was also the entrance to the Metropole Hotel. There was a secondary entrance in New Street. The auditorium was behind the Metropole Building. The Plaza Cinema was opened on 1st July 1929 with the silent films Madge Bellamy in "Mother Knows Best" and Betty Compson in "Life’s Mockery".

All seating was on a single level, apart from a private box at the rear. The Plaza Cinema had a cafe for the convenience of its patrons. It was equipped for ‘talkies’ in November 1929, when "Broadway Melody" was screened. It was taken over fully by ABC on 2nd March 1931.

The Plaza Cinema was the scene of a brutal murder in July 1941, when the 50 years old manager was attacked with a fireman’s axe by the 18 years old projectionist. He was sentenced to death, but this was commuted to life imprisonment, the day before he was due to be hanged.

The Plaza Cinema was taken over by the Essoldo Cinemas chain on 15th April 1951. It was re-named Essoldo on 9th July 1956. It was taken over by an independent operator and re-named Rio Cinema in January 1968, but this was short lived and it was closed in 1969.

Converted into a bingo club, this had closed by 1993, and was converted into nightclub. The Cannon Street entrance in 2015 is part of a Subway Restaurant.

The auditorium still stands – see photo and was last used by Legends nightclub. The entrance in New Street is between Dover Heritage Taxis to the right and Wetherspoons exit to the left. Tne L-Shaped pub used part of the premises, but the gutted auditorium has been up for sale since at least 2013.