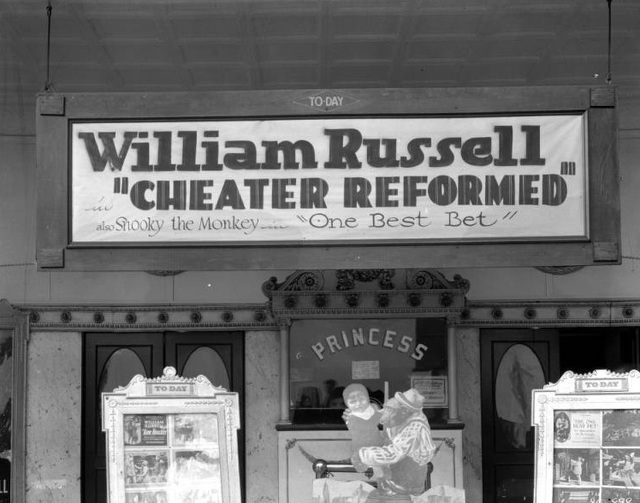 According to http://docsouth.unc.edu/gtts/map/asheville?venue=55 the address is 9 NW Pack Square.

The addresses Docsouth uses are obsolete. At least parts of Asheville have since been renumbered. The Princess of 1926-1947 must have been in one of two nearly-matching buildings at modern address 120 E. College and 122 E. College. I suspect that it was 120 E. College. This photo of the Majestic Theatre (old address 28 E. College) shows that the building with modern address 120 E. College was once occupied by the offices of The Asheville Times, and their printing press room, if it was on the ground floor, would probably have had a high ceiling and a clear span very suitable for conversion to a theater.

Here is linkrot repair for the photo of the Princess lostmemory linked to earlier. The movie The Cheater Reformed was released in 1921, so the photo depicts the first Princess Theatre on Pack Square, although the text below the photo mistakenly gives the address as 30 E. College. The source the page cites for the address was the 1927 city directory, so that was six years after the photo was taken and a year or two after the theater had moved.

I’ve set Street View to the modern addresses 120-122 E. College Avenue. The second Princess Theatre was probably in the one on the left.

I really thought there was a PRINCESS THEATRE in operation in Asheville, NC when I lived there in the mid to late 1950’s. What was the name of the theatre close to the S&W Cafeteriaq ? ( We used to call the S&W cafeteria the Stand & Wait.)