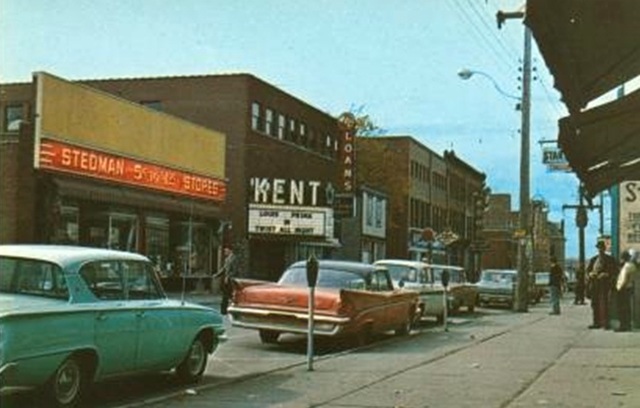 The Kent Theatre opened in 1952 as a 686-seat single screen theatre. The cinema was twinned in 1990 creating two auditoriums with 260 seats each. The Kent Theatre was closed in 1998 by its final owner, Famous Players.

The Kent Theatre opened earlier than 1955. It had “recently” opened, according to the February 2nd, 1952 issue of Boxoffice Magazine. The owner was J. Harper Kent, and the theatre featured a private lounge for members of the Kent family and their guests. A big fish in a small pond, I suppose. The article gives the seating capacity as only 400.

There is also mention of another theatre in Bathurst, a 350 seat house called the Opera House and then the Capitol, which had been operated by a Mr. Peter Leger “…for about 40 years.”

J. Harper Kent, local financier built the Kent Theatre and operated it as a partnership of Famous Players Canadian Corporation. Mr. Kent owned practically everything in Bathhurst. The Kent family operated department stores in the Maritimes with a catalog sales operation and that is how they became extremely wealthy!!

Opened in 1952, photo from that year added courtesy Jim Murray.