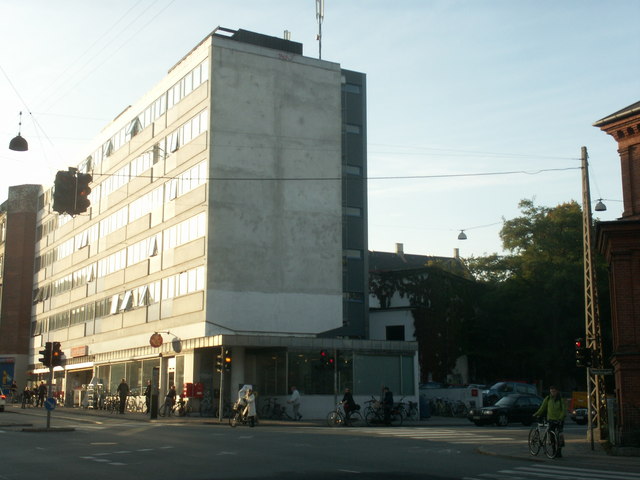 Located on the border of the inner city districts of Vesterbro and Frederiksberg, on the corner of Vesterbrogade and Platenvej. The Platan Biograf opened on 19th March 1939.

The cinema is fronted by a ‘Modern’ apartment building, pre-dating a style that became popular in the 1960’s. The auditorium is set behind at an 45 degrees angle, almost hidden from view. Seating was provided in orchestra and balcony levels, it was designed by architect Ernst Kuhn, with interior decorations by designer Olaf Staer Nielsen.

The Platan Biograf was closed on 28th August 1976 and was converted into a supermarket.