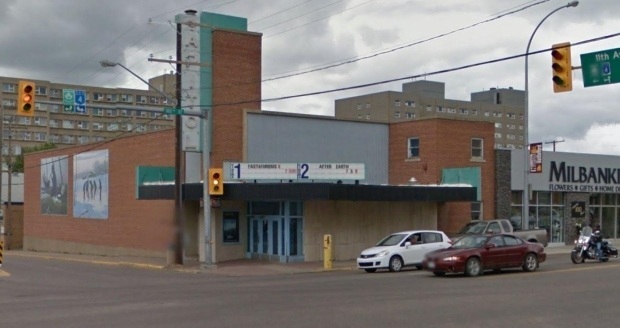 This theatre was built by the Marshall family who were Famous Players partners going back to the twenties. Their original theatre was called the Empress!

Kung Fu grindhouse double-feature Sundays were very popular at the North Battleford Capitol Theatre during the early 1970’s. Saw everything from 5 FINGERS OF DEATH, CHINESE CONNECTION, LADY KUNG FU, to TRIPLE IRONS (aka the New One-Armed Swordsmen). They were always sold out, and line-ups began early on Sunday nights. These films attracted local youths, farmers and near-by Aboriginals.

Current seating number in the Capitol is unknown because as seen on its Facebook page, management has installed those luxury recliner seats during reconfiguration back to one screen, so there’s no way there’s going to be 675 seats in there considering how much room those luxury recliners take up (photo link below).