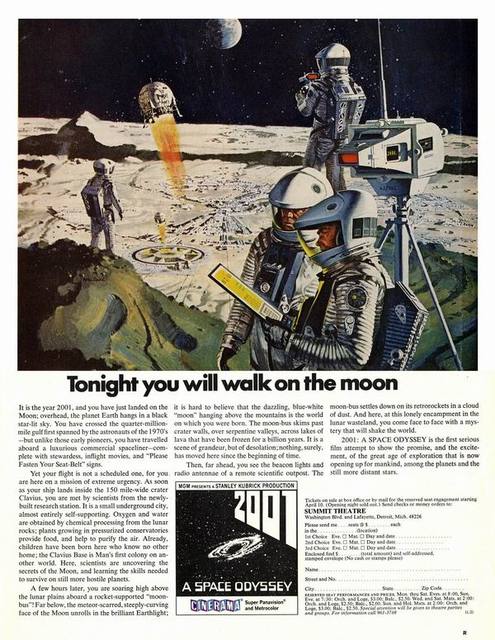 The Cass Theater opened as a legitimate theater September 12, 1926. It was designed by architect Herbert J. Krapp who designed a great number of New York City’s Broadway theaters.

In 1965, it was renamed the Summit Cinerama Theatre as Detroit’s second Cinerama house after the Music Hall. It also received a complete facelift by Drew Eberson, son of John Eberson, who designed Detroit’s (now demolished) Grand Riviera Theatre.

However, unlike the Music Hall’s policy of a Cinerama-only program, the Summit Theater also featured 35mm features as well, such as a long run of "Darling" in 1965 (the same year it screened such Cinerama hits as "Circus World" and "Battle of the Bulge").

After just a couple of years, the Summit Theater dropped Cinerama, and became one of the first major downtown houses to switch to pornographic features. It closed in 1971.

Not long after that, it reopened once again, this time called the Pandora Theater, screening Greek-language films, as well as the occasional 70mm re-release.

……..And I was one of those who took them there and installed them. I worked at the Summit in the summer of 1977 showing a retro showing of “2001” for a young-ish guy who sublet the theatre for these 2001 screenings. We were able to get the projectors and other booth equipment for the Redford theatre, and spent the six months between removing the machines at the Summit and when we started the classic movie series that is still running in March of 1978 with “The sound of music” in 70mm.

We always refer to the machines as “AAIIs”, the older marketing name for these terrific projectors.

I was also in the King and I with Betty White in 1960 at the Cass Theater along with my Twin Brother John.

I,too, was in the King and I with Betty White at the Cass Theater in 1960. I was 15 at the time. Future Broadway star Donna McKechnie was in the cast along with NYC Opera’s Jan McArt as Tuptim and Renato Cibelli as the King. The production was directed by David Timar. My friends Patti Cinammon, Laura Moseley, Alice Baker and Beth Thompson were also in the production. I have two black and white pictures taken by the press photog and two dozen color pictures of the kids in the cast. If you are interested, call me at 408 206 9809.

Hello Storytime, Jharb and DeborahB..I was also one of the kids in the production of The Kind and I, with Betty White. It’s kind of amazing that so many of us have found this page, after all these years. I would love to see any pictures or even just chat about our memories. My email is

To celebrate the occasion, I’m sharing the link to a new retrospective article on “2001.” This and many other cinemas get a mention in the piece.

This entry buried the lede. The Summit Theatre went out of business in greater style than almost any other theater in film exhibition history rebranding as the Summit / Pandora Theatre for one week in late June of 1977. It brought back “2001: A Space Odyssey” which had run at the Pandora eight years previously. The cinema lovingly presented it with the “ultimate light show” in its “original Cinerama” roadshow concept. This is right up there with the Fox Theatre’s Grand Closing in San Francisco. And the Pandora Theatre nameplate lived on moving the Summit’s Arabic films to Taylor’s failed Jerry Lewis Cinema in 1978.

According to local newspaper coverage, the Summit-Pandora’s June 1977 revival run of Kubrick’s “2001” actually played four weeks (not one).