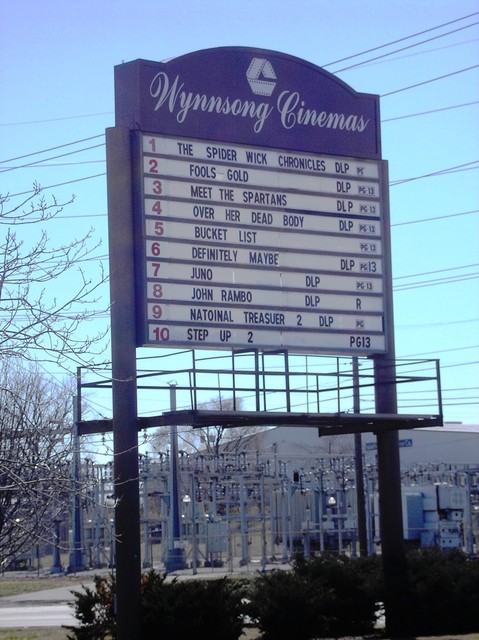 Opened November 22, 1995 with 1,430 seats. One of many of the Carmike Wynnsong designs scattered throughout the South. Many of these theatres are currently being remodeled to accommodate stadium style seating which has reduced the seating capacity to 1,371, and digital projection and audio have been added. It was closed by AMC Theatres on January 26, 2022.

Checked today this theatre is still up and running.

The AMC Classic Madison 10, hereafter Madison 10. remains an inexpensive first run movie going experience. The theater opened under the defunct Carmike-Wynnsong Cinemas moniker and décor. Back in the 1990’s, Wynnsong was one of Carmike’s more upscale multiplex brands, that were purpose built and prevalent in robust midsized suburban markets (typically 8-12 screens). In its Carmike hey day, the Madison 10 was built to service the then flourishing Nashville neighborhoods & suburbs of Rivergate-Madison, Goodlettsville, and Rayon City.

The Madison 10 was constructed with 10 screens, featuring many mid 90’s cinematic amenity firsts: stadium seating in some auditoria, digital sound systems, and other features that were otherwise not available in the immediate vicinity. In later years, Carmike would install newer sound systems and early versions of, though-not-quite-obsolete, digital DLP projection equipment. Later upgrades included 3D projectors.

After its acquisition into the AMC brand, AMC somewhat upgraded the theater with mostly, albeit minimalistic, cosmetic changes, newer signage and concessions. Ticket booth windows were eliminated, additional concessions options added and app-based payment systems were installed. The old Carmike marquis with titles, visible in the early 2008 photograph, was replaced with a simple backlit red AMC logo. Entry into the spacious though generic lobby of the multiplex features two sets of concessions (and tickets) stands, though only the left-hand concession stand operates fulltime. The righthand stand is largely obscured with a black curtain and upcoming advert cardboard cutouts. Self serve soda fountain machines and popcorn-butter dispensers are also positioned throughout the lobby. After passing through the lobby, the nondescript corridor that leads to the auditoriums branches left or right. Depending on which is their auditorium of consequence, moviegoers will also pass the restrooms, supply closets, an office and a small, colorfully decorated multipurpose room for events like birthday parties.

Overall, while moviegoers will not be impressed by Madison 10’s lackluster characteristics, some auditoriums still occasionally sport broken seats, exposed masonry, broken ceiling tiles, and other visible signs of age, neglect, indifference and almost nonexistent staffing, the bargain pricing compared to nearby options, plentiful parking and minimal crowds for event movies will ensure AMC continues to operate, though not necessarily update, the Madison 10 for years to come.

I only hope AMC will at least try to restore the Madison 10 with some sort of pride.

This theater closed in January 2022: