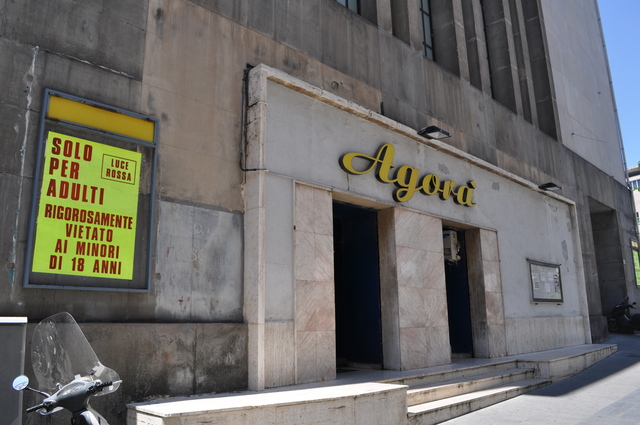 Opened in 1935, in an Art Deco style building which houses the invalid war vetrans hostel. The Cinema Agora is a small cinema, located in the city centre, near the harbour and Piazza Municipo, and for several years has operated as an adult cinema, screening ‘straight’ sex films to a mainly gay male audience.