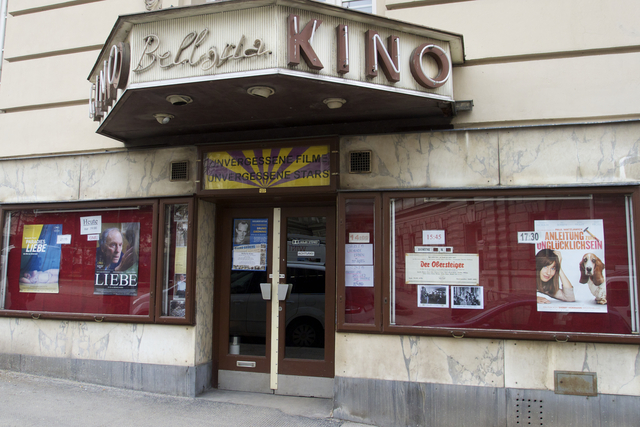 The Belleria Kino is located in a historic building. It has been operating since the late 1940’s and the programme policy is to only screen classic German films (usually from the Ufa studio) from the period 1928 to 1955. The Bellaria Kino has never been equipped to screen ‘scope or wide-screen films and has a mono sound system, which perfectly suits the vintage films on offer.

In 2001, a German/Austrian documentary film from director Douglas Wolfsperger was made about the cinema and its loyal patrons “Belleria:As Long As We Live” (Belaria: Solange Wir Leben) (100 minutes In German with English sub-titles) which won awards Prix Europa 2002, Monte Carlo 2002.