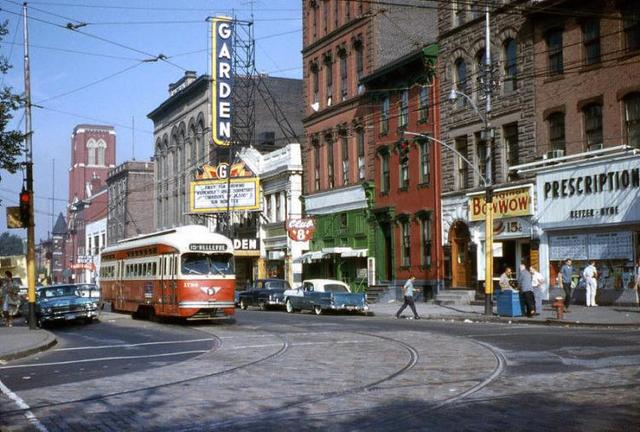 The Garden Theatre opened on October 12, 1914, and was designed by Thomas N. Scott. It has a graceful, Beaux-Arts style terra cotta facade.

When it first opened, it was called the New Garden Theatre, to distinguish it from an earlier theater of the same name.

After decades as a first and second-run neighborhood house, it switched to adult films in 1972.

Since the late-1990s, the city government had been trying to seize the property and shut it down, as part of a rehabilitation of neighborhood.

You are so right Susan.

Here is another photo:
http://tinyurl.com/yccqzv3

From 1971 a photo postcard of the Garden Theatre in Pittsburgh.

Check out this vintage photo from 1927. Dorothy Gish is on the marquee and the coming attraction is Fritz Lang’s METROPOLIS.

This unfortunate update was in the CT News Forum, but somehow didn’t make it to this page.