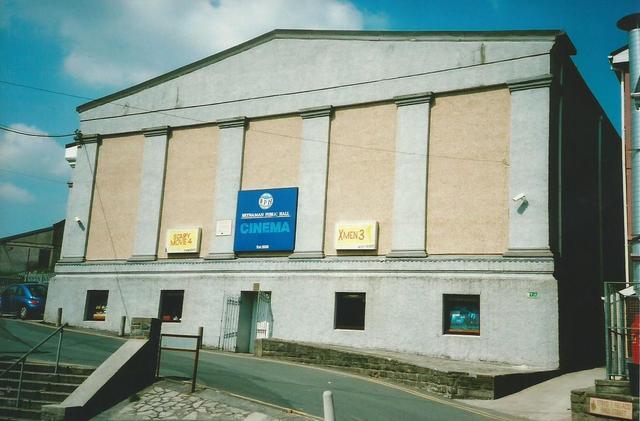 Built on the site of an ealier hall, that had been destoyed by fire in 1915. The Public Hall opened on 26th May 1926. Seating was provided for 982 in stalls and circle levels. It had a proscenium 38 feet wide, a stage 20 feet deep and four dressing rooms. Cinema use began around 1930, when a projection box was added.

Today, as well as operating as a first run cinema, it also has childrens theatre performed on its stage. The cinema is run by a group of volunteers.