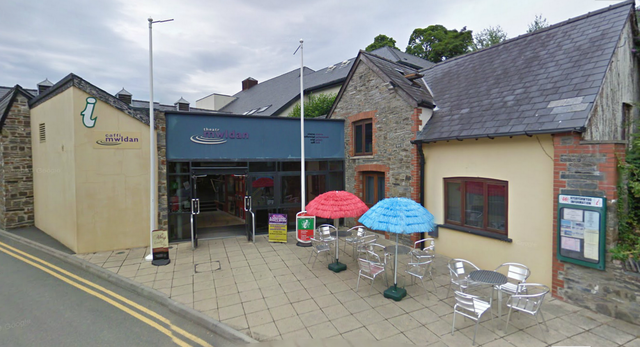 Located in Cardigan, on the west Wales coast, Theatr Mwldan was established in 1983 by Cardigan Theatre, a local amateur drama company, who began a project to convert the town’s disused abattoir into a community theatre. Cardigan Art Society provided equipment for the exhibition space and helped to make much of the theatre equipment. Sir Geriant Evans, the distinguished opera singer, performed the formal opening ceremony in 1987. The theatre quickly established itself as a multi-purpose centre of arts activity for all ages and abilities. Building from its base in community performance, a professional arts programme was developed.

In 1989 the theatre recieved the Prince of Wales Award, while the following year the film society won Best New Film Society at the UK Awards. In 1992 Cardigan Theatre transferred the lease to independent management, a limited company governed by a voluntary Board of Trustees. The theatre became a registered charity.

In June 2004 the Theatr Mwldan Development Project was completed, and delivered a vast improvement in the type of facilities available, increasing the level of activity and the quality of experience for its customers. The new venue comprised two theatre auditoria (seating 249 & 146), a rehearsal studio, a visual arts exhibition space and improved front of house, catering and administrative facilities. The new building was officially opened by opera singer Buddug Verona James.

In 2007 the theatre joined the digital screen network. A high tech digital projector was installed in Mwldan 1, funded by the UK Film Council. This was upgraded to 3D in October 2009, but replaced by a Series 2 projector in April 2011.

In December 2011 a digital 3D-enabled projector was installed in Mwldan 2 In February 2012 work commenced on Mwldan 3, which opened in August. The three auditoriums seat 146, 249 & 101 respectively.