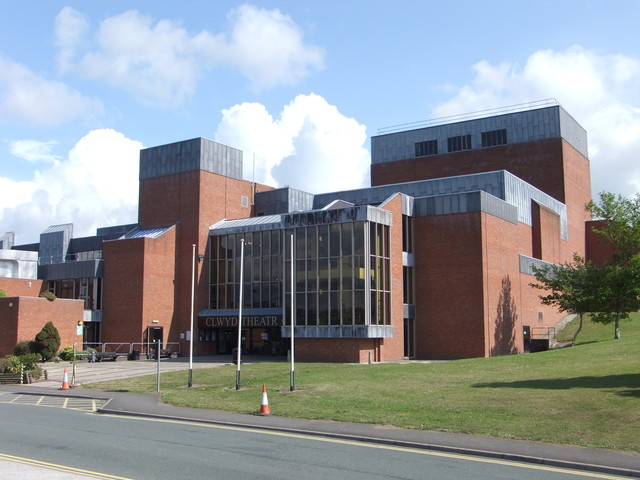 The Clwyd Theatr Cymru is a modern arts centre which was built in 1976. The cinema auditorium originally seated 129 when it opened.

What do the Welsh have against vowels?

The Kinematograph Cinema Directory for 1958 has another cinema in it’s listings,the Savoy Picture Palace, 700 seats & G B Kalee equipment. Theatr Clwyd of course was not built at this time.

I’d have to dispute the 1977 opening date – I was one of the sixth-formers shipped in from most of the schools in Clwyd when the Queen conducted the opening ceremony for the Theatr Clwyd (as it was originally called) complex. We were being shown “Nicholas and Alexandra” (well, it had to be remotely educational!) when she came into the cinema so we all had to stand. Since I did my A Levels in ‘76, I’d say the opening date was probably in 1975 or possibly early 1976.

The Savoy mentioned by Eric Evans still existed (though I don’t recall if it was actually open – the name was still there) on Chester St in the mid-1970s.