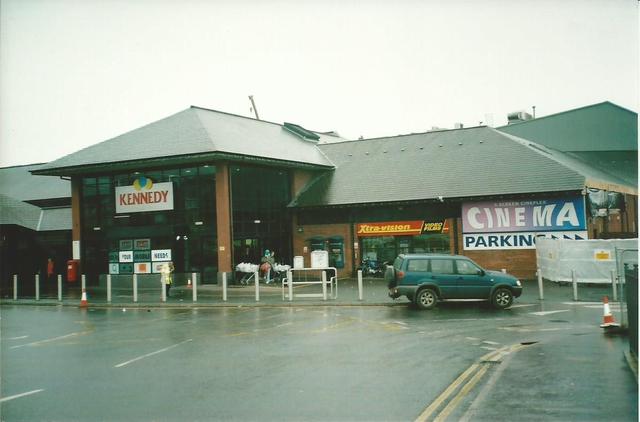 The Cineworld opened on 18th May 1991. It was located inside the Kennedy Centre. The five screens had seating capacities of 296, 190, 182, 178 and 165. Each screen was named after a former West Belfast cinema; Clonard, Broadway, Arcadian, Coliseum and Diamond.

Since just before 1999, it was re-named Cineplex and is operated by the independent Curley’s Cinemas. Closed in the spring of 2010, the Kennedy Centre was rebuilt and the 8-screen Omniplex was a replacement for the former Cineplex.

My photographs were taken in September 2008. The Cineplex closed in spring 2010 when the Kennedy Centre shut down for a rebuild/refurbishment that resulted in it doubling in size. An 8-screen Omniplex replaced the Cineplex; although substantially in the same location, the three additional screens and the rebuild necessary to produce higher ceilings so stadium seating could be installed in all the auditoriums resulted in, effectively, a new cinema. This has its own, separate, entry on Cinema Treasures.