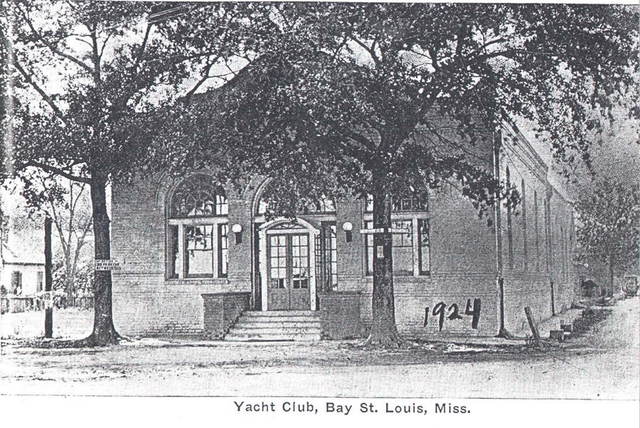 Built in 1894 as a dry goods store. In 1921 until 1930 it became the Bay St. Louis Yacht Club and then a nightclub. The Ortte’s Theatre opened in 1942. It was operated by Ed Ortte who was a co-owner of two theatres, the Gulf Theatre and the Legion Theatre in Gulfport, Mississippi. The theatre was located at 300 S. Beach Boulevard on the beachfront accross from the American Legion Hall. It was a red brick building.

In 1955 its name was changed to the Star Theatre. The Star Theatre was always operated as an independant theatre and its last owner fought to try and keep his theatre open. He finally closed the Star Theatre in 1984 and it was converted to the Big E Grocery. It retained the marquee and the box office and the two entrance doors on each side of it until Hurricane Katrina demolished the building in 2005. The site is now a empty lot.

Ed Ortte opened Ortte’s Theatre at the intersection of Washington Street and Beach Boulevard on April 20, 1942. Ed previously operated the Gulf Theatre on Waveland Avenue in Waveland, MS. which was destroyed by a fire.

Correct address should be 600 South Beach Blvd, at Washington Ave.
I used to live at 504 South Beach and worked for the Scafidi’s there in the 60’s and also dated Ed Ortte’s granddaughter

Building dated to 1894 when it opened as Keller’s Dry Goods. In 1921 it was purchased by a group which included C.A.“Mannie” Sporl and Charlie Breath, Sr and became the home of the Bay St. Louis Yacht Club until early 1930’s when Charlie Breath purchased and opened it as Uncle Charlie’s Night Club. In 1942 Ed Ortte purchased the building and remodeled it into the Ortte Theater. In 1955 Joe and Bernice Scafidi purchased the business and renamed it the Star Theater. In 1975 it was purchased by Kelvin Schulz, who continued to operate it as the Star Theater until 1984 when he closed the theater and converted the building to a grocery store. Katrina destroyed the building