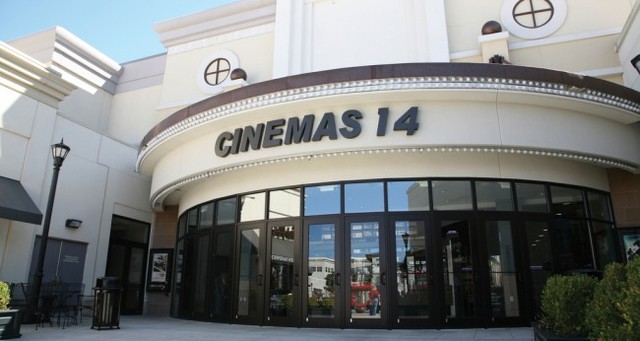 It was known as the Movies At North Hills Cinemas 14, that was located on the Main Street corridor at Main Street and North Hills Street, off Six Forks Road at the Raleigh Beltline (Interstate 440 and U.S. Highway 1, in the newly renovated North Hills Shopping Center.

The North Hills Stadium 14 opened to great fanfare on December 21, 2004 under Charlotte based Eastern Federal Corporation(which also owned and operated the Movies At Brier Creek and the Movies At Timberlyne in Chapel Hill).

The theatre was the first multiplex to be established in the North Raleigh/Midtown area, and the first for the newly renovated North Hills since the closing of the Cardinal Theatre in 1990. The theatre had 14 screens with all Dolby Digital Sound, luxury high back rocking seats for maximum comfort. It also had online and advance ticketing sales for upcoming films, along with its own indoor ATM and ticketing kiosk. It also has easy access from Six Forks Road and Interstate 440, with secure multi-level parking. Eastern Federal Theatres operated this theatre until it was sold to Regal Cinemas in 2005.

The cinema opened in 2004,at the time the renovation was being done at North Hills. The theatre is on the upper level of the shopping center facing Main Street off Six Forks Road. The theatre sits on the opposite end of North Hills,where part of the shopping mall used to be(formerly the mall space that once was Ivey’s Department Store,aka Dillard’s)

This theater was originally to have been operated by Marquee Cinemas, but they backed out of the project during construction (Marquee had previously canceled a proposed multiplex in Rocky Mount back in 2000). Eastern Federal Theatres took over the lease and operated the theater until selling out to Regal in 2005.

Chuck1231 and Nighthawk1:
THIS WILL BE CORRECTED.