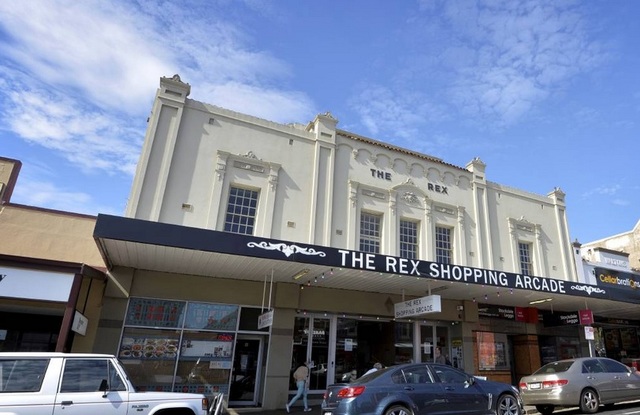 The Rex Cinema is a large Spanish/deco style cinema on the main street in Daylesford, a small spa town to the north of Melbourne.

Built in 1928 the cinema is a traditional style building with balcony and stalls, with a large imposing facade incorporating two small shops either side of the front doors. The cinema closed in 1963.

In 2005 the council approved plans to redevelop the cinema into a ground floor shopping arcade, with a mezzanine level (former balcony area) to house a two lane bowling alley and "film viewing" area with food court. The development has been very slow and in the process the interior of the well preserved cinema has been gutted back to the brick walls and the rear stage wall has been demolished.

By January 2009 the site looked abandoned with no signs of any construction taking place. In 2017 the Daylesford Community Theatre were given a 10-years lease to use the former circle of the theatre.