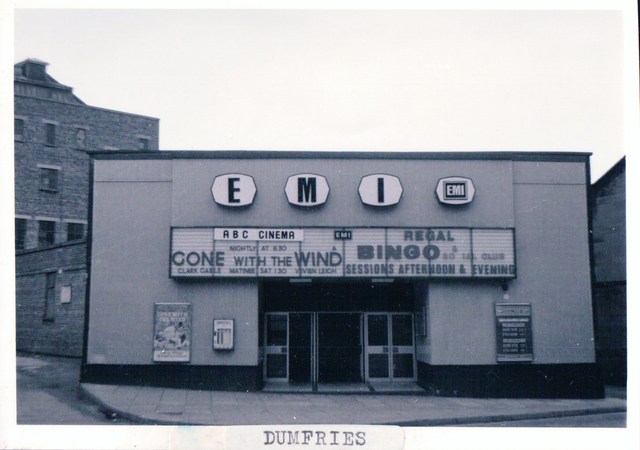 The Regal Cinema was opened on 14th December 1931. It was built for and operated by Associated British Cinemas(ABC) and had a seating capacity of 1,699 in stalls and circle levels. The rather plain façade and entrance on the street is some distance from the main auditorium block.

The Regal Cinema was closed on 18th March 1972, for splitting into two spaces. The former stalls area became a bingo club, and a 532 seat cinema opened as the ABC in the former circle on 8th June 1972. It was later re-named EMI and in 1986 became the Cannon.

Taken over by Odeon Theatres Ltd. in 2001, it was re-named Odeon, with a reduced seating capacity of 450. It was closed 28th June 2018. The bingo club downstairs continued as a Gala Bingo Club and was re-named Buzz Bingo Club in June 2018.

A vintage photograph of the Regal Cinema in October 1951, playing the ABC release:
View link

This cinema closed on 28th June 2018. Bingo continues in the former stalls area.