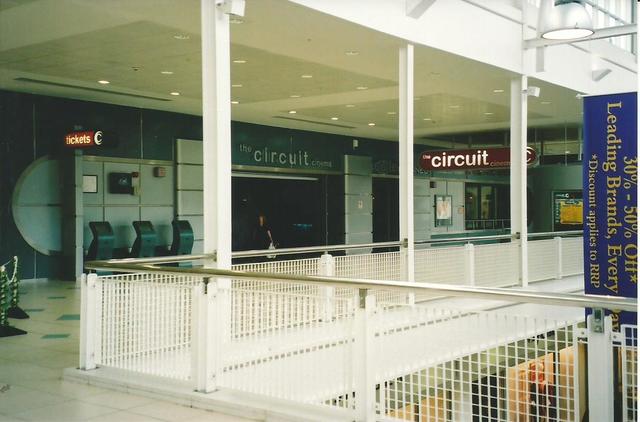 The 8-screen SBC The Circuit opened on 5th October 2000. It was the first of four multiplex cinemas to be built and opened in Scotland by the Spean Bridge Circuit. It was re-branded Vue in February 2004.

Seating capacities in the screens range from 407, down to 138.