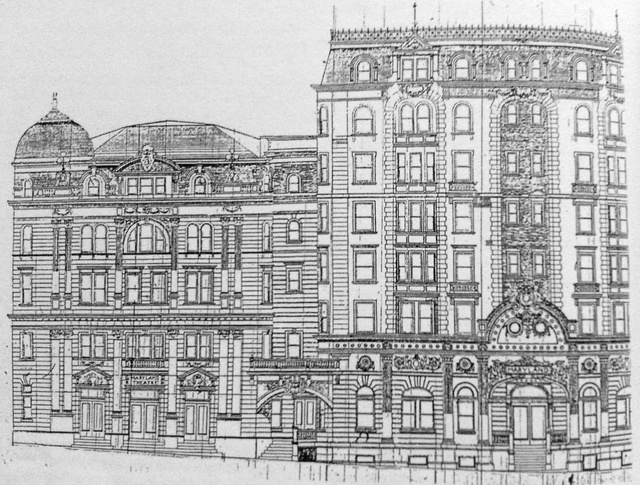 Opened on October 19, 1903, the Maryland Theatre was built for James A. Kernan as a live theatre, but was also used extensivly over the years for movies. In 1904, it came under the ownership of the B.F. Keith circuit, and was noted as the theatre that played the film "Great Train Robbery" in March 1904.

The Maryland Theatre was closed in late-1950 and was demolished in the Spring of 1951 to make was for a parking lot. The adjacent Hotel Kernan survives today as an apartment building.