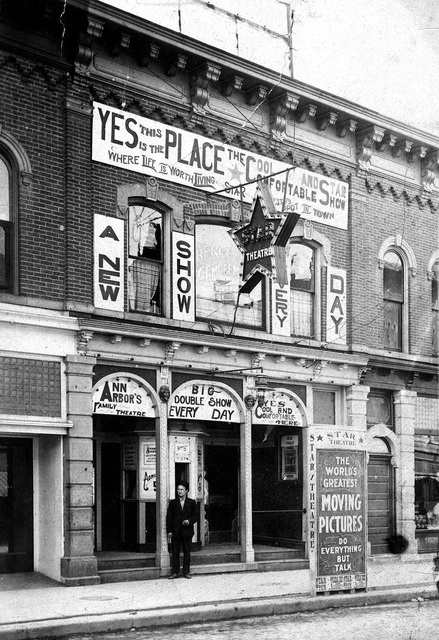 The edition of “Street’s Pandex of the News” covering events of 1908 listed the following items about the riot at the Star Theatre:[quote]“ â€"Theater (The Star) raided by students because of ejection of student for giving university yell; police attempt intervention but are overpowered; militia summoned. March 16

“â€"Theater riot; arrested students taken thru streets shackled, to court; several released on ball others released on payment of small fines, and others held for trial. March 17

“â€"Theater riot; release of students petitioned for by business men and others of city on condition of payment of damages and city costs by students. March 21

“â€"Theater riot; trial of rioters begins, president and dean of faculty being among witnesses. March 23

“â€"Theater riot; students freed by court upon agreement to pay costs to county and $1,000 indemnity to persons whose property was damaged. May 8”[/quote]