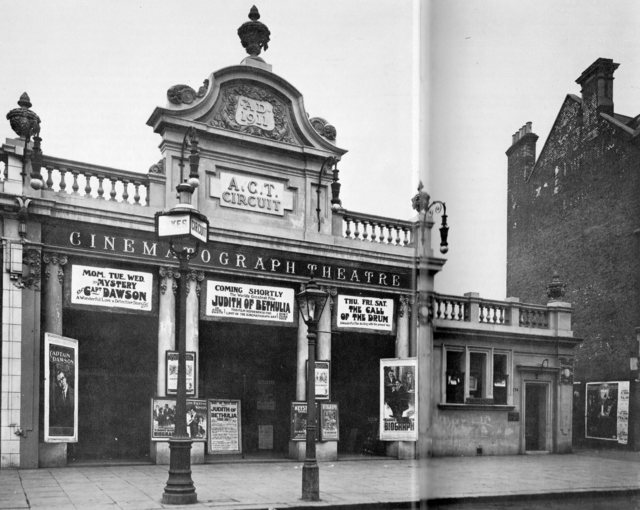 Re-named Picture House around 1916, it was operated by Messrs. Norris Ltd. In 1927 a Christie 2Manual/6Rank organ was installed, the pipework was in one chamber. The opening organist was Derek Ronald. Also in 1927, architect Clifford A. Aish was employed to re-design and enlarge the Picture House, and it re-opened on 5th July 1927.

It was taken over by Associated British Cinemas(ABC) from 1933. In 1953, the frontage of the cinema was remodelled in a modern style. The cinema re-opened on 12th October 1953 as the Ritz Cinema. The Ritz Cinema was closed by ABC on 7th September 1968 with John Wayne in “The Green Berets” and “Sea Born Treasure”.

The building was converted into a bingo club. Cinema use came back for a while when Asian (Bollywood) films were screened. The Bingo and Asian films use ended in the mid-1980’s and the building was demolished in the Summer of 1985. In 2009, a Marks & Spencer Simply Food supermarket stood on the site, and in 2012, this too was being altered and it became a t-k-max store.

Just a quick note regarding this listing – neither the opening or closing dates are correct, whilst as a minor correction, the facade was simply restyled, rather than demolished when the cinema became the Ritz in 1953.

I saw Calamity Jane 3 times in the week on it’s original release . I’m still in love with Doris day !