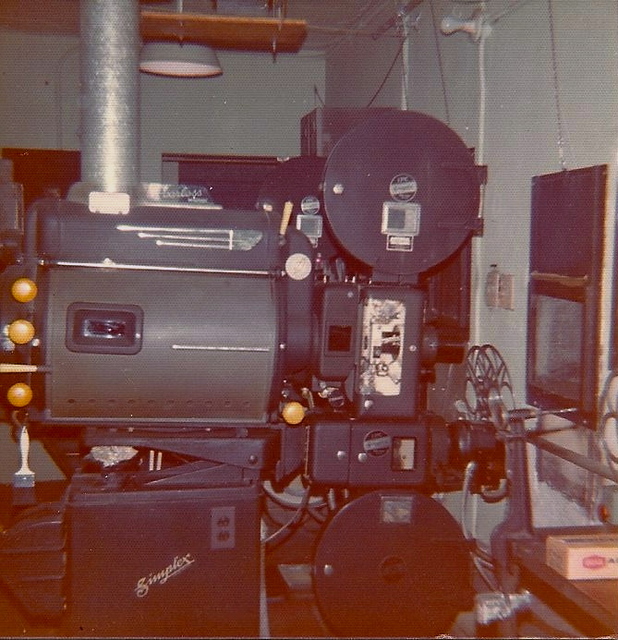 Since 1987, the New Castle Playhouse has been located in the former State Theatre building.

Was this an Adult theater for a brief time?

The Baltimore family originally opened the State following the closing of their Baltimore Strand nickelodeon which was also located on Long Avenue. Long Avenue itself was a “second downtown” area of sorts which was a popular shopping district for Polish, Italian and other recent immigrant groups. Some referred to shopping on Long Avenue as “going to Europe.” The State theatre was almost always a second run house with occasional foreign language specials. It’s last incarnation was, briefly, as a XXX house before closing as a film theatre. The New Castle Playhouse has done a remarkable job of renovating the theatre and converting it to a live venue. The success of the Playhouse has also brought renewed life to the area in the form of restaurants and small shops. This is a good example of how it SHOULD be done. Currently a search is underway to locate the original architectural drawings of the theatre.

I worked at the State in the summer of 66 to 67 when it was re-opened by a Pittsburgh Company. I worked in candy sales/usher/fix-it guy & even helped with the booker getting films played there. I just lived around the corner from the theater so helped the manager run the operation. It did very well running second run films that the other theaters overlooked in there theaterical run. Usually playing a feature a week or two. I was 17/18 years old at the time. I later went into the projection end of the business working in all the cinemas in New Castle Pa area during and up to Apr 1969 when I left the area for the AF. I will post pictures that I have of the inside of the State while they were fixing up the auditorium going from Cinema to Stage. In later yaers it ran just on weekends and it did try xxx rated film until it closed in the late 80’s

The State Theatre opened its doors on October 16, 1924 with Dorothy Devore in “Hold Your Breath” (6-reeler), along with an Our Gang short in “Derby Day”, and a Pathe News newsreel.

Only a bit of information about the State goes as follows as of 1924: This 750-seat capacity State Theatre is erected from the Baltimore Brothers who were moving-picture veterans, simply A. Baltimore and his son David. There is a store room on each side of the foyer, and contains fireproof material. The theater has being composed of brick, steel, and concrete.

During the end of the theater’s main mixed-format movie run, they were struggling until ultimately closing in 1967. 2 years later, it was remodeled was originally schedule to reopen in March 1969 by the proprietor of John’s Hat Cleaning on North Mill Street, John Borovilos of 125 East Street, but was unknown if it operated or not.

The rest of the history was unknown as of now, so the hunt still continues.

It closed as an adult house sometime in the late 1980s.