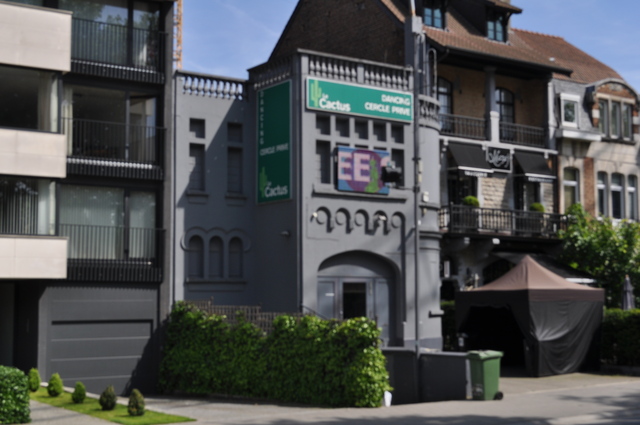 In the Auderghem district was a ballroom named Casino, very nice in an Art Deco style. It became a cinema in 1938. Auderghem is a small district very pleasant to live in, famous for Les Tangs Laert.

There was another cinema with a short career of one year, which was located nearby in the Chaussee de Wavre, but very little information on it, apart from it being named Plaza Cinema.

The Casino Cinema had a relatively long carreer of 25 years. It closed first in 1964, the it reopened briefly next year 1965. One of the last film shown there was Elvis Presley in “Fun in Acapulco” after which it closed permanantly.

It became Les G'Maux in 1966, a concert and dance hall. It was the place to be for the young people of that period, with important concert of 1960’s rock groups. It then return to its first function as a night club called Cactus.

in the first years of exploitation ,it was called lex cinema