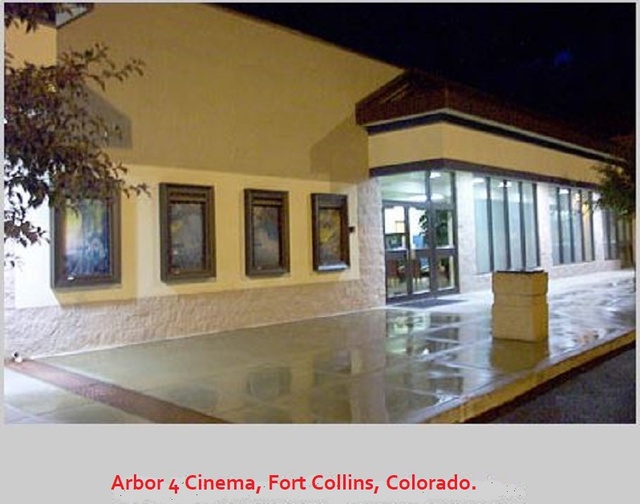 Opened by the late-1980’s. It was closed in 2000. I visited this theater many times as a child. It was converted to a College America very shortly after closing, and remains in this use today.

WAS THIS NOT A MANN THEATER

It was Commonwealth. We also had the Campus West by CSU and Foothills Twin at Foothills Mall. I was City Manager for a minute.

I worked at the Arbor 4 under United Artists Theatres from summer 89 to spring 91. It wasn’t a technically great theater but it was great fun to work at. When I first started we used to play in between showtimes and one of the funnest games was “Uncle Buck Baseball.” There was a banner for the John Candy comedy Uncle Buck at the other end of the lobby, above the bathrooms. We had a soft plastic ball and a bat constructed out of a cardboard poster tube stuffed with paper towels and a small piece of rebar inside, all taped up on each end. Rules were baseball… pitcher pitched and with a hit you ran the bases. Hitting John Candy’s face was a home run. It was a blast until someone up to bat swung and we noticed the piece of rebar came halfway out of the tube in the direction of the large plate window in the front is the theater. So… that was our final game of Uncle Buck Baseball.