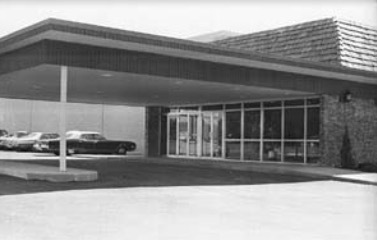 Located in the Campus West Shopping Center. The Campus Theatre was opened on June 26, 1968 with Steve McQueen in “The Thomas Crown Affair”. It was a single screen theatre operated by by United Artists. Later operated by the Commonwealth Amusement chain and finally by Regal. I have been told that the two Ballantyne Pro-35 projectors that are now installed at the Boulder Theater in Boulder, Colorado came out of the Campus West. The theater was still operating until at least 2003.

This theater may (key word) be demolished. I did a quick drive by of the sight the other night and I saw a lot of redevelopment but could not spot any vestige of the theater building. That said, this was a quick drive by and at night so I will need to do some more detailed research.

Could somebody who has seen the Campus West Theatre take a look at the architect’s rendering at upper left of this page of Boxoffice from September 4, 1967 and see if they recognize it? The caption places the theater in Boulder, but I think that must have been a mistake and it is actually the Campus West in Fort Collins. If it is, then the Campus West opened as a single-screen with 750 seats, Perhaps before the end of 1967 or in early 1968, and was designed by Mel Glatz & Associates.

That rendering does appear to be the Campus West in Ft Collins, although the carport/drive-through wasn’t located to the right (which would have been Elizabeth St). In that drawing, the carport/drive-through would be in the center of the image in front of the theater. It makes some sense that they confused it with being in Boulder because the Campus West was pretty much adjacent to the Colorado State University campus (not the University of Colorado, which is Boulder). It was a nice little theater and probably had the best presentation in Ft Collins for many, many years. Saw The Living Daylights, Die Hard 1&2, The Abyss, War of the Roses and many others there. There was a second, smaller screen added at a certain point that was pretty much identical to the set up at the Cooper/Cooper Cameo in Denver. Maybe the carport/drive-through was relocated when the second screen was added.

The theater has definitely been demolished. I was in Ft Collins for an afternoon last summer and there is no longer any trace of it. 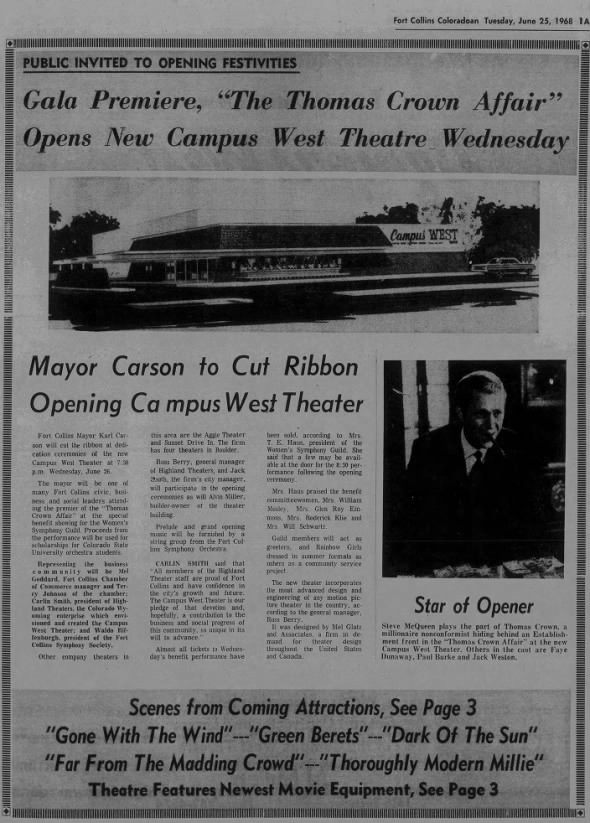 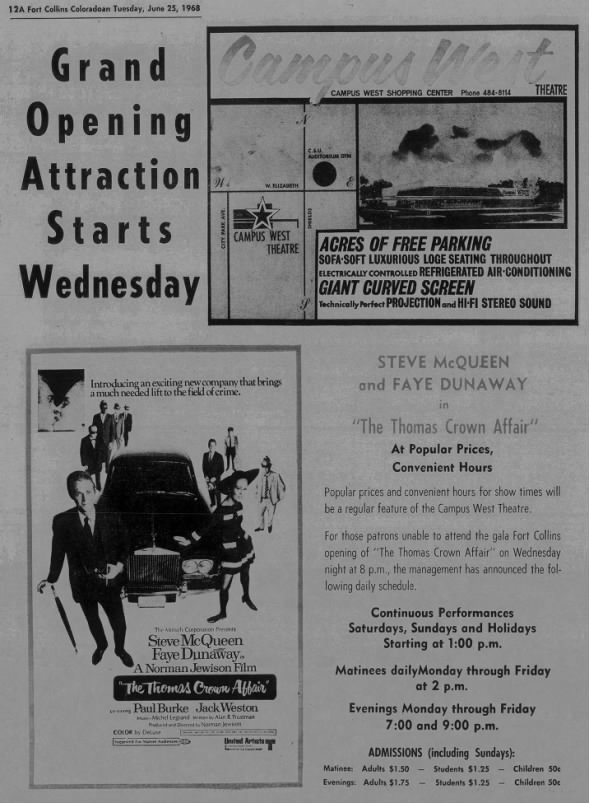 Yes that is the Campus West Theater ( a single screen and union shop for projectionist) of which I had managed for Cooper -Highland Theaters of Denver, later Commonwealth took over, during the Star Wars days, 1977, open Close Encounters and many other movies. Had midnight movies 11 pm close to the Colorado State U this west side of Moby Gym!

It was under the Commonwealth banner with Arbor 4 and Foothills Twin when I was the city manager for Commonwealth. I left when UA took over.