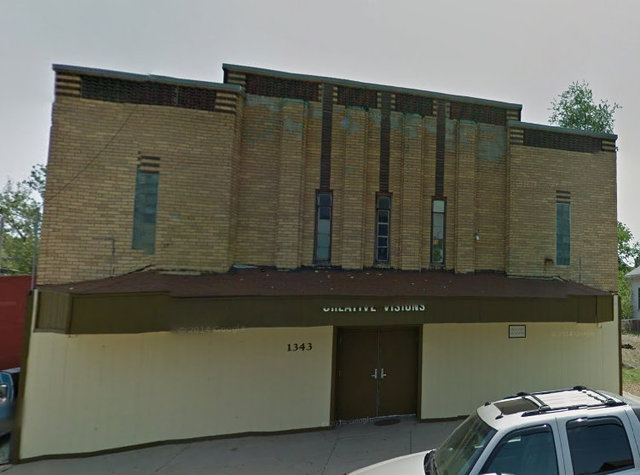 The building is still there and from the way it looks in 2009, they removed the marquee and covered over the lower portion with a double door in the middle, a big contract from the top of the theatre to the bottom. The name of the business is Creative Visions, a Individual and Family Social Services Center.

Architected by Wetherell & Harrison, the Forest had a July 14, 1937 soft launch and an opening to the public on July 21, 1937 with “Wake Up and Live” and “13th Man.” E.M. Gabbert, owner of the Varsity and Avalon Theatres opened the Forest with 580 seats and a very austere $20,000 budget. Gabbert believed in neighborhood theaters and this one performed well until the TV age changed fortunes.

The Forest closed August 8, 1954 after a country concert followed by tax lien story and classified ad selling all contents. Last shows appear to be July 31, 1954 with “Drums” and “Four Feathers” before becoming a community center in the 21st Century.