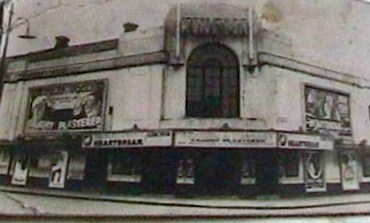 Opened in July 1914 by Alexander Bernstein, it was modernised by architect Cecil Masey in 1928, with interior designs by Theodore Komisarjevsky. All seating was on a single floor. It was re-named just the Kinema from 1929.

Renamed again to the Century Cinema on 23rd July 1951, it closed on 5th January 1963 with Norman Wisdom in “On the Beat” and “The Savage” and re-opened as a four nights a week Granada Bingo Club.

A spokesman for Granada Theatres Ltd. who owned the cinema was quoted as saying at the time: "They (also the Leytonstone Century Cinema) were not really doing a full time job. They will be more usefully employed as bingo clubs. This seems to be what people want" Full time bingo then operated for many years, eventually closing in 1994 as a Gala Bingo Club.

The building was demolished in 1996; houses and flats now occupy this corner site.