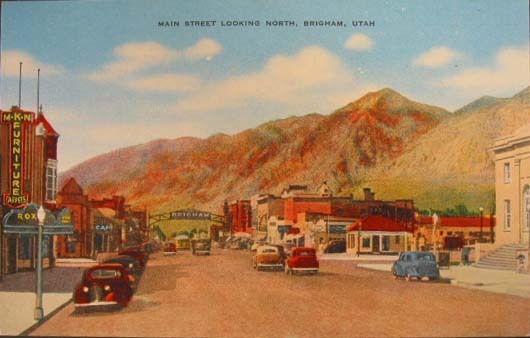 In 1932, the 19th Century building that had been home to Rosenbaum Hall and then the R.L. Fishburn & Sons Store from 1894 to 1932 was transformed into what was going to be called theRoxy Theatre. The Fishburn block had held City Hall in earlier years. During the project, Harmon Perry ran out of money and the project stalled.

Nielson Theatre Circuit bought the facility continuing the project and opening it as the New Grand Theatre on Christmas Day 1932. The first film at the venue was “Blonde Venus.” Under new operators, Intermountain Theatres, the theatre was renamed the Roxy Theatre beginning on November 13, 1936. In 1949, the Nielsons were back and refurbished the venue.