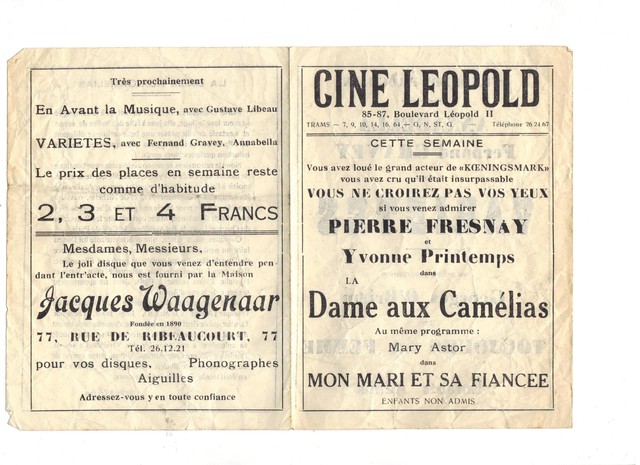 This was the oldest cinema of Molenbeek district with the Vieux Duc Cinema (later Movy Cinema opening in 1934). The Leopold Cinema opened in 1912 according the sources I have access to. It was always operated under the same name, although according to other sources it was called in the beginning "Family Palace". Since the 1930’s it was operated by the Soudan circuit as well as the Kinox Cinema in the district. It often showed films concurrent with the Pax Cinema.

In early-1966 “My Fair Lady” was shown for two weeks, in third run after the Ambassador Cinema and the Piron Cinema. It closed in 1974 that makes the longest operating cinema in Molenbeek. One of the last films programmed was “L'affaire Dominici” with Jean Gabin. It is now in retail use.