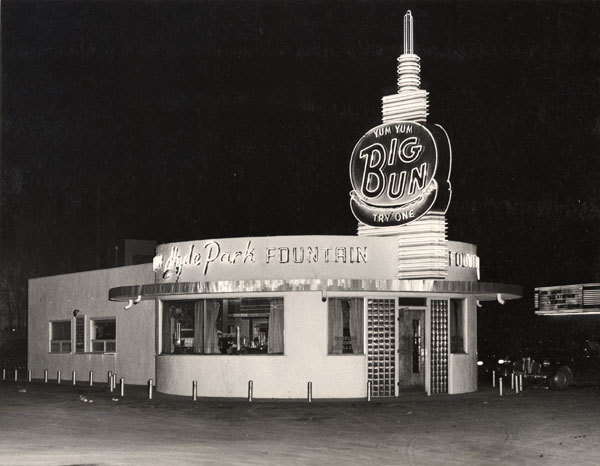 This fact filled link mentions the Tower, along with many other historic Kansas movie houses,
View link

The May 31, 1947, issue of Boxoffice said that the Tower, then under construction, was expected to open about June 30. However, both the completion of the building and the opening were delayed. The July 24, 1948, issue of Boxoffice reported that the house had finally opened on July 16. The house had been completed in October, 1947, but was kept dark due to a legal dispute between the lessor and the lessee. The seating capacity at opening was 886, according to Boxoffice.

Also, does anyone know the name of a former theater at 4200 W. Douglas Avenue in Wichita? The 375-seat, quonset style house was under construction in 1947 according to the April 26 issue of Boxoffice that year. Google Street View shows a quonset hut building there, and Google search returns an Orth Roofing & Construction at that address. I can’t find a theater listed for that address at Cinema Treasures, though.

I worked off and on as an usher and ticket-taker at the Tower in 1953-1955 while in high school. On Saturday, we had a morning kids show, followed by the regular shows from 1:00 PM until 11:00 PM. On occasion we also had a midnight show.

The Tower closed around 1957-8 and was turned into a flower shop. The son of a local Wichita insurance agency owner opened it as “Priestly Flower Shop.”

The Tower Theate is gone. Now in its location is a Burger King.

Grand opening ad and picture below. 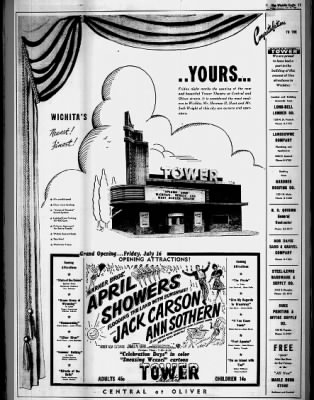