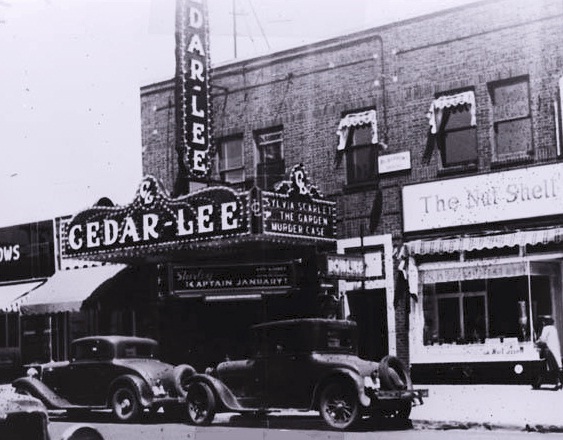 The Cedar-Lee Theatre was opened December 29, 1925. It was twinned on March 16, 1984. It is the premiere Cleveland movie theatre for independent, foreign and specialty films.

An article about the theater’s eighty-fifth birthday, incliding a picture from 1940: View link

Just wanted to mention that The Cedar-Lee (& now The Capitol Theatre)have hosted for the last few years what is now called The Melt Bar & Grilled Late Shift series which shows great cult films of the 70s-90s. It runs Jan-Dec, 1 film a month (so 12 films a year) which screen at 9:30pm and Midnight, and only costs $5. I always end up going to at least half of them, this month was Full Metal Jacket for example. The series was originally called The Cult Film Series, then Cleveland Cinemas Late Shit, and now the title I mentioned earlier is named from its new sponsor, a corner bar/restaurant called Melt Bar & Grilled.

I remember this theatre when it was a single screen. Owned by Community Circuit. It played first runs in the late 60s and early 70s. My girl firend (now my wife) use to go there when the films changed.

The January 3, 1926, issue of The Film Daily carried a brief notice of the opening of this theater:

“Cleveland — The Cedar-Lee theater, the seventh and newest house operated by Dr. B. I. Brody and his associates, was opened Dec. 28. It is a 1,200 seat house, located in Cleveland Heights. Dr. Brody has leased it for 17 years at an aggregate amount of about $300,000. The opening attraction was ‘A King on Main Street.’”

The July 2, 1929, issue of The Film Daily ran the following obituary for architect Nicola Petti:

“Cleveland — Nocoli [sic] Petti, local architect who designed ten local picture theaters, is dead after a brief illness. He was 49 years old. Among the houses designed by Petti are the Uptown, Variety, Kinsman, Cedar-Lee and Imperial. He is survived by three sons and two daughters.”

Would be nice to know the full history how it morphed from a single screen to 6.