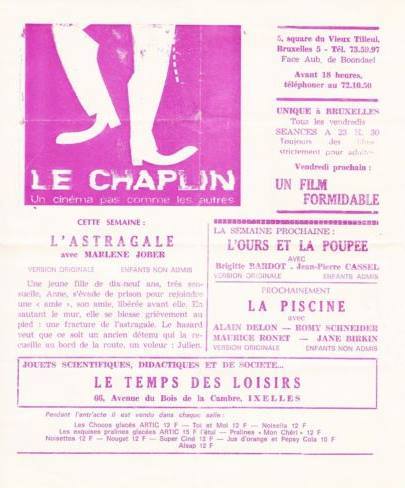 Located in the Boendael suburb of Ixelles, in the Square du Vieux Tilleuil, a place with luxury restaurants like L'Auberge de Boendael.

When the Relais Cinema was closed in 1965, Le Chaplin Cinema opened in the Spring of 1967. The concept was a suburban first run and art house cinema, it opened with “Dimanche de La Vie” from Jean Herman. The next week was Samuel Fuller’s “Shock Corridor”. Operating as an independent, the cinema finally closed in 1978, after barely 10 years of exhibition.