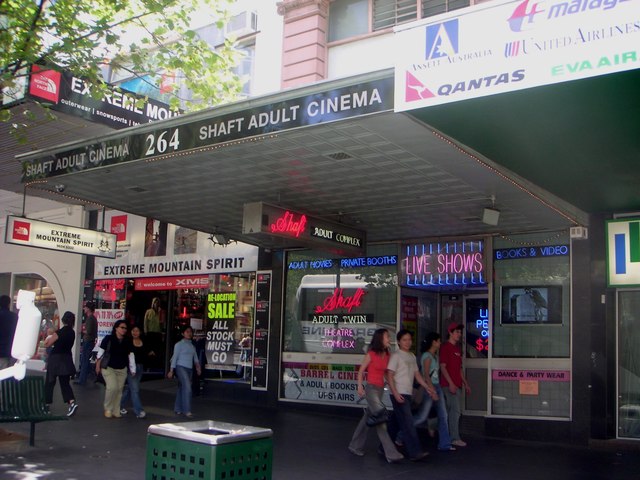 Located in Melbourne city centre. The Shaft Sinema opened in 1971 as a single screen adult cinema. It later gained a second screen upstairs which was known as the Ram Cinema, that screened gay male adult films.

It was renovated in 2008 with new seating in the original downstairs screen that operates 24 hours daily and has a seating capacity for around 33. The upstairs screen has been converted into a luxury Blue Class Adult Cinema, with a limited number of wide leather reclining chairs, that can be booked in advance. The projection was Blu-Ray high definition with Dolby sound.

The Shaft Adult Cinema was closed in October 2009, and in February 2010, it was being gutted.

A photograph of the Shaft Adult Cinema, taken during a visit to Melbourne that I organised for the Cinema Theatre Association (UK) in February 2006:
http://www.flickr.com/photos/kencta/3637244470/