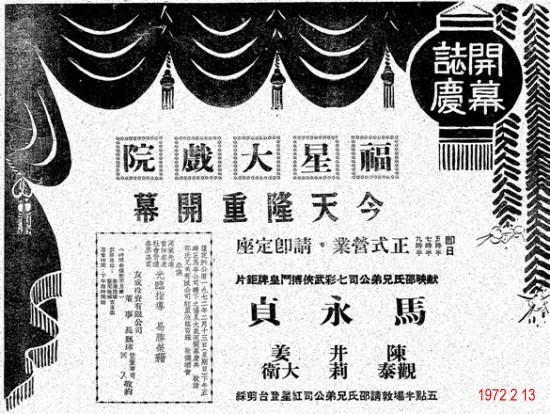 The 1,237-seat Fox Theatre was situated in Kennedy Town on the Hong Kong Island.
It was a neighbourhood cinema, and opened to business on 14th February 1972 with a Mandarin kung-fu film.

It showed first run Chinese dialect films, and before its closure in the first halve of 1994, adult films were shown.