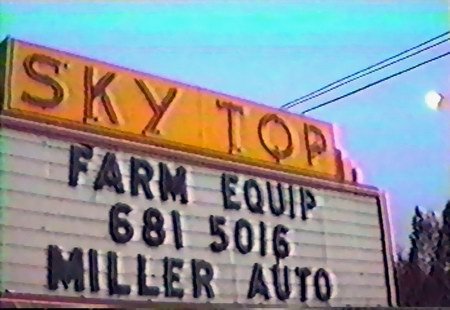 The Skytop Drive-In opened somewhere around 1950 and was initially owned by Lawrence Beers. Later went through other owners, T. Epps, Russell Kortes, James Langston. This ozoner was listed as a single screen with a 400 car capacity. The closing date given was September of 1986, and has since been demolished.